A few pics of my bouncing baby TARDIS this morning.

I am still running a power cord through the base, and a few other minor improvements before a creative sabatical before I start on the inside. I wanted to share a few pics with you all on the TARDIS I woke up to today! I also noted that the LEDs have a narrow bright beam and I have from that an idea. It looks like I can take the LEDs and array them in strips at about a 30-45 degree angles which would give a greater distance before the light hits the acrylic in the door panel. So instead of lighting it from the interior, I could create a 1" thick door panel with an array of LED strips in the back set at angles and get a diffused lighting effect. In effect, it would give me a backlit panel and a hard surface with which to mount a phone and make the door so it can be opened! I am very excited about this discovery and will look at doing that in the future (along with electronics, sound, smoke, and more...) Without further delay, here are some great pics!
Post a Comment
Read more 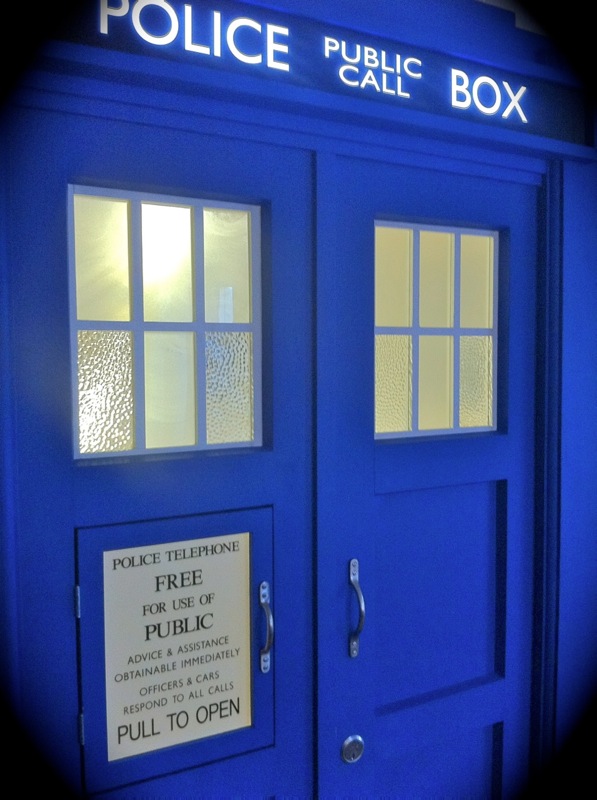 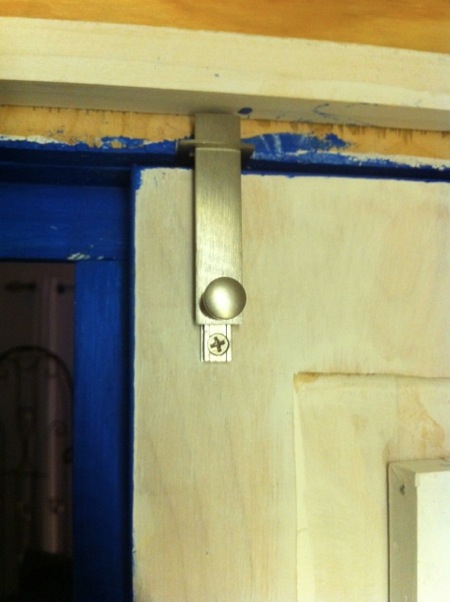 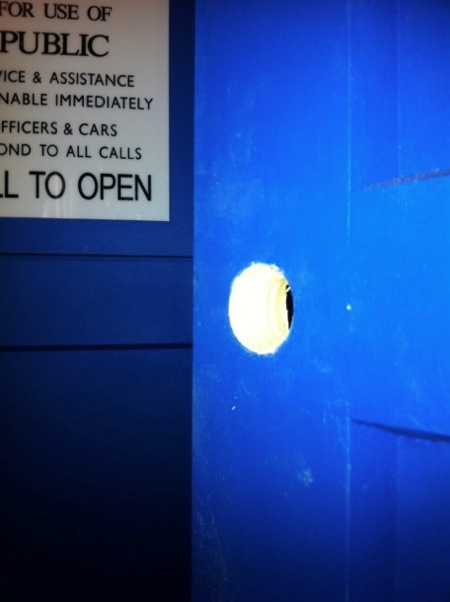 Attaching handles and putting on some finishing touches (part 1 of ?). 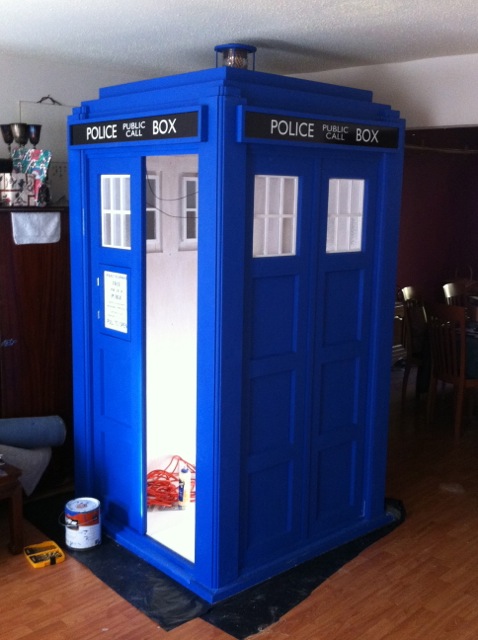 Waking up to a big smile! 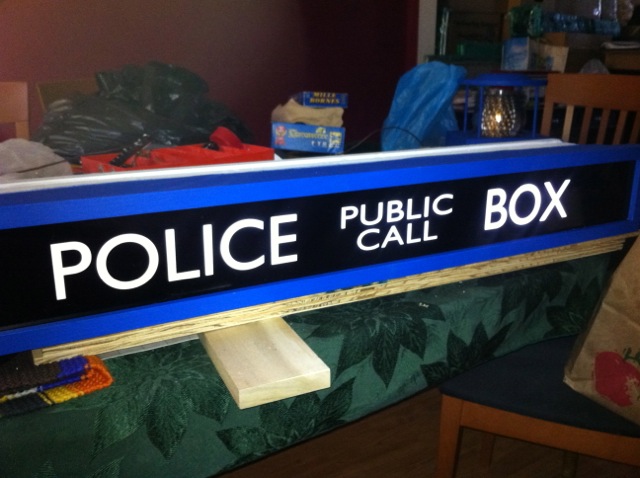 TARDIS - LED lighting for the top signs and install! 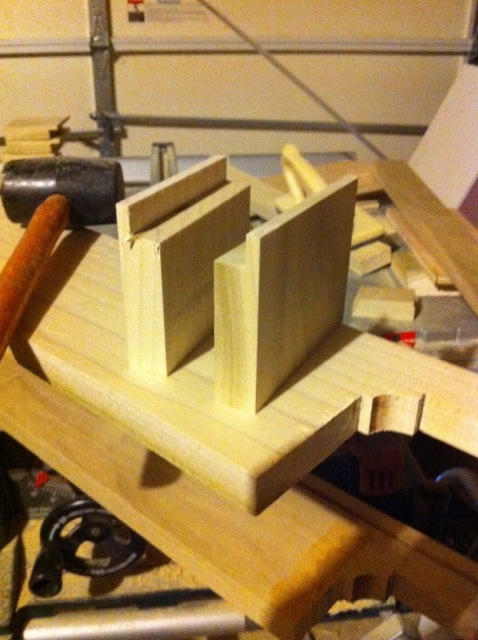 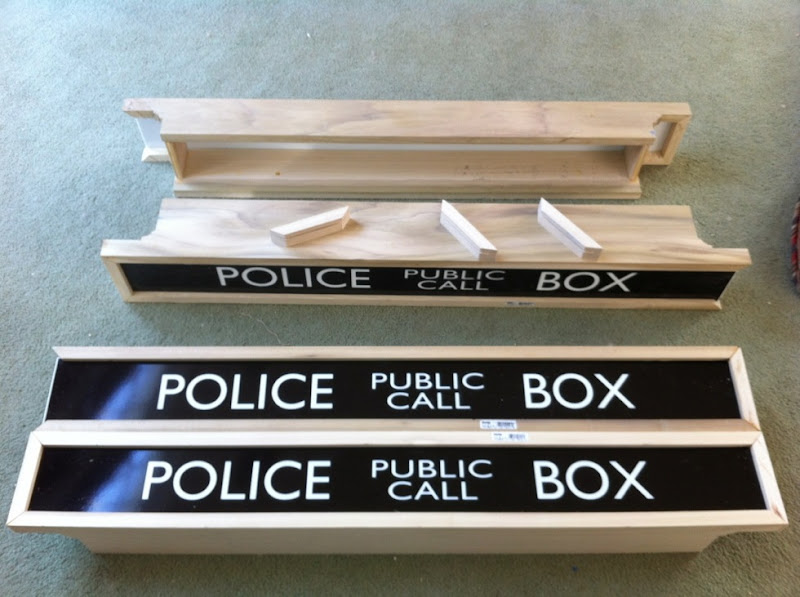 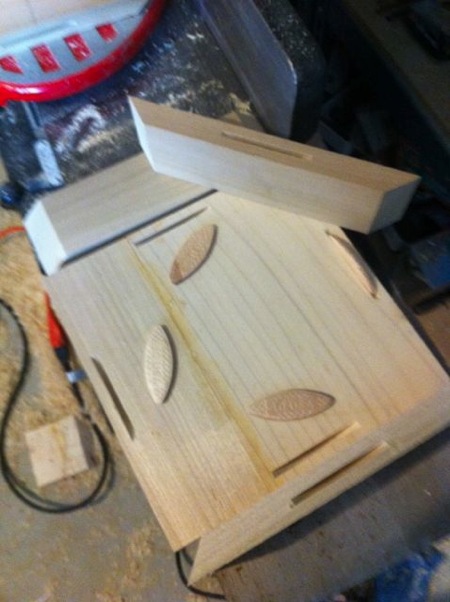 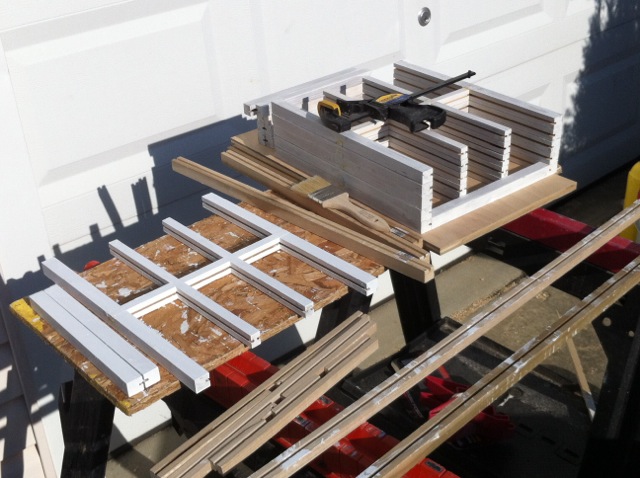 Priming and assembling the window panels!